Before the major accident of Buzzz and his back, Buzzz enjoyed hard-core sports. 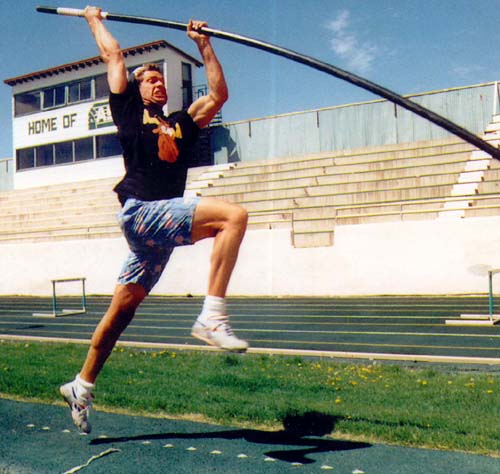 Although any real pole vaulter will call this technique a disgrace, this is the only picture I have
Of Buzzz in a pole vault.  This was his favorite sport of all before the accident. (nice face!) 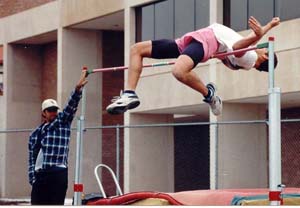 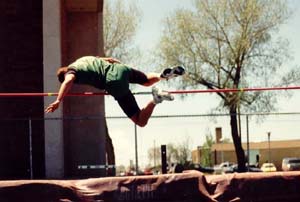 Of all of the Decathlon events, the high jump was by far his most lucrative.  The jump to the left
Was warming up for Buzzz'z best decathlon jump of all times- 6'10".  (And yes, He Could retro roll 6'2" for fun.) 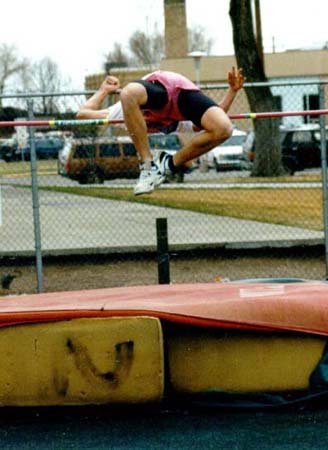 Although Buzzz one time, cleared 7'0", here is the actual picture of Buzzz in his best decathlon jump of all time.
(No laughing at the lovely college high jump mats.) 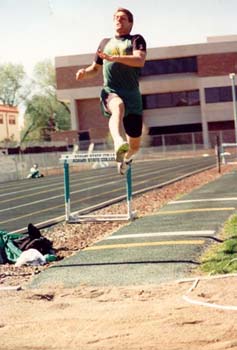 Buzzz never was much of a long jumper, but he made some great faces and entertained many with his poor technique.
(His decathlon average was right about 22 feet even.) 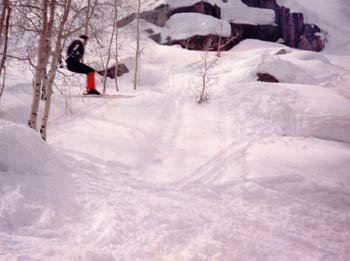 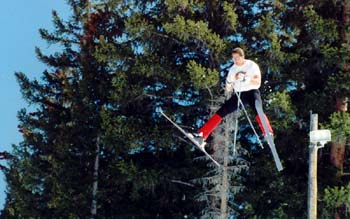 Buzzz enjoyed snow skiing even though he tried to spend more time in the air than on the snowy surface. 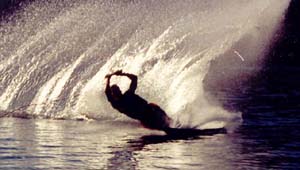 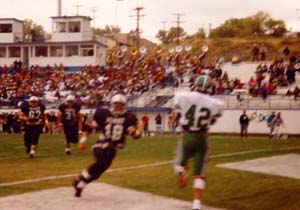 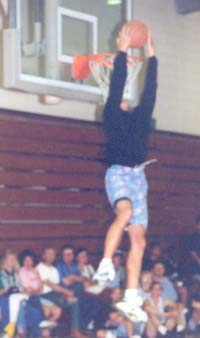 Buzzz was never much of a basketball player, (Don't tell him I said that though!)
but was two time slam dunk champion of his college.

Due to an overwhelming demand, I attempted to scan the post-op x-rays
From the looks of it, you do not have to be a doctor to see that there is something wrong with this back. 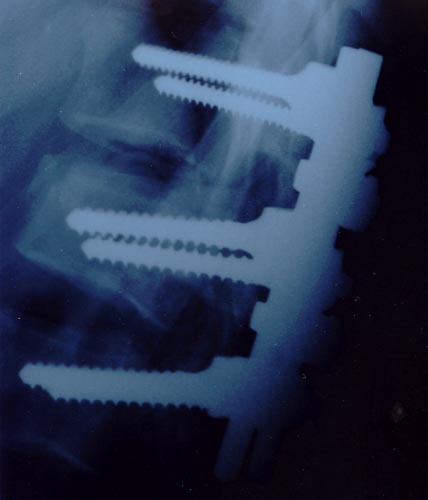 As you can tell, metal detectors all around the world are going nuts for this surgical stainless steel.

Then after the accident, he slowed down his physical pace and began sports such as: 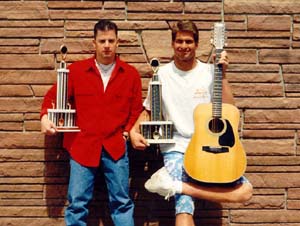 Running funny cars with his buddies- even on Halloween  And Playing music with whoever happens to be near. 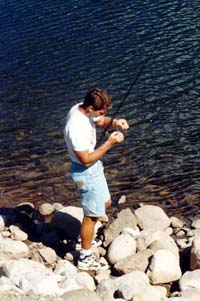 Fishing, especially out of his little boat that Buzzz made himself. click here to see the boat. 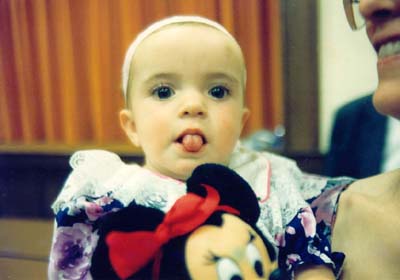 And most importantly, working with young kids recently,
Buzzz teaches the very young kids to stick out their tongues at stuffy adults.
Home